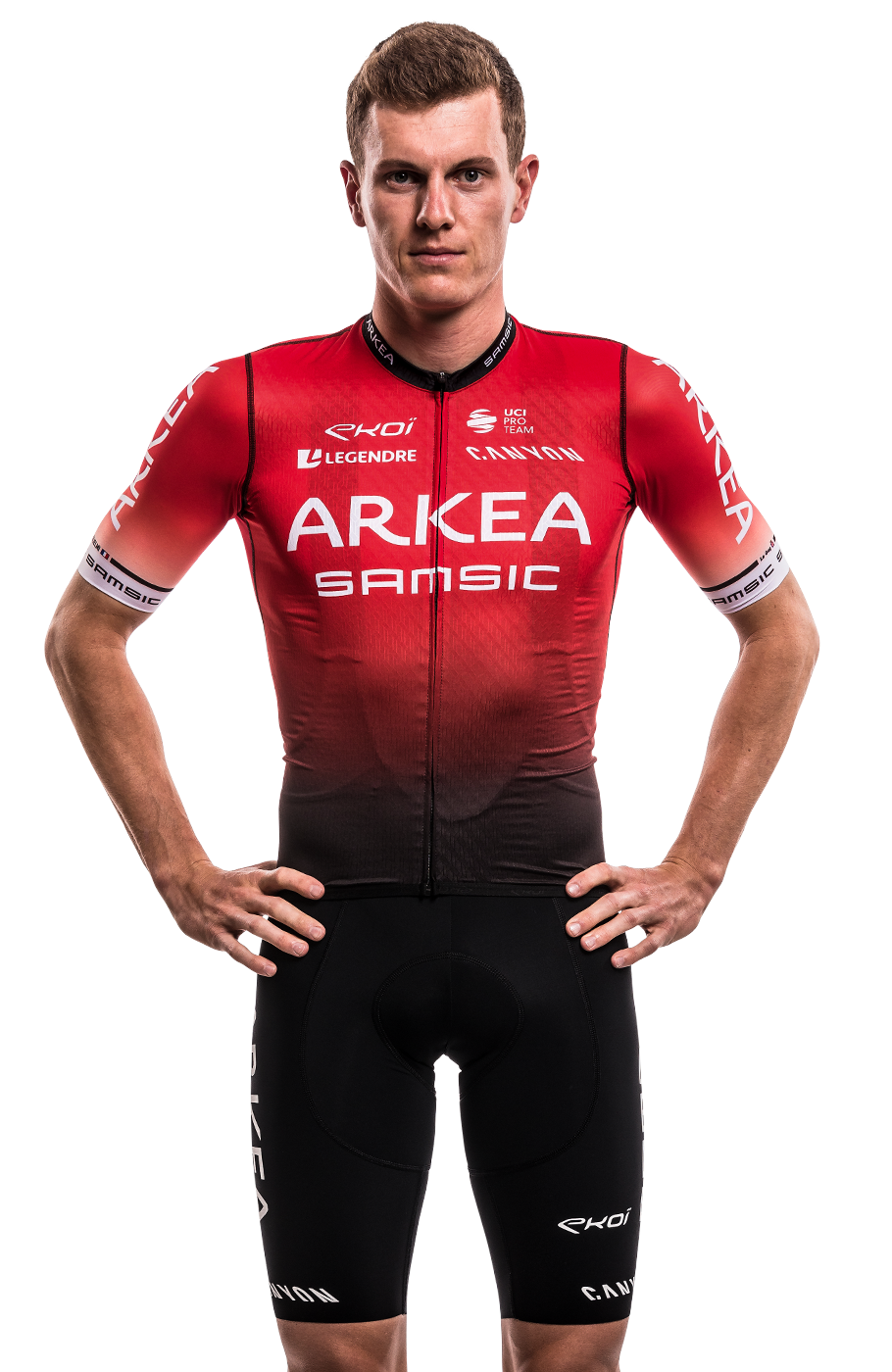 Former yellow jersey of the Tour de l’Avenir, Simon Guglielmi has good puncher’s qualities associated to a speed that could allow him to shine in some races of the domestic calendar. Known for his qualities as a team-mate, the Savoyard knows what the word “give” means for a leader. His experience in the World-Tour and his two participations in the Giro – including a 5th place in 2021 on the so-called “Strade Bianche” stage – should allow him to quickly find his place in our squad.

Boucles de l'Aulne : "a race format that can be disjointed"

The Boucles de l’Aulne – Châteaulin, this Sunday, will close two weekends of ...
Articles

Warren Barguil signs his 3rd top 10 on the Flèche Wallonne in three ...
Articles

Elie Gesbert: "Good or not, Huy always burns your legs”

The Flèche Wallonne is a classic uphill race, with the famous Mur de ...
Articles

The two races in the East have hilly profiles that suit Élie Gebsert, ...
Articles