The German classic was a sprint, with Connor signing a top 13. 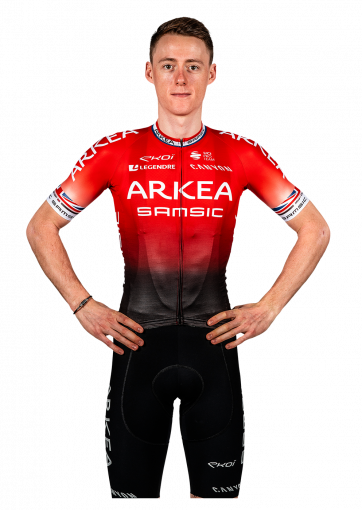 “Despite a breakaway that came to life quickly, the attacks continued in the peloton on the climb of the first difficulty of the day. It was 15 km long, the race was very or open, after arriving on the circuit the same scenario happened in the small bumps, and the peloton got smaller with each lap. Maxime and I finished in front, I did the sprint. Maxime placed me very well, and in the last corner I was not badly placed, at 500-600 meters, I can pass on the left, but a rider places himself in front of me and forces me to brake, which makes me lose speed. I am 13th, but without that the top 10 was accessible, but that’s how it is… I’m happy with my sensation before next race with Arkea-Samsic and world championish next Sunday with the British national team”.

“Frankfurt- Eschborn is a race with 2000 meters of difference in altitude at the end of 90 km, and it was a race of elimination, especially because this year the start of the race was very fast. It hurt. Connor finished in 13th place, he gave a little brake that prevented him from finishing in the top 10. We also had Dan’s card in case of a sprint, he’s on the comeback trail, this was only his second race, and he didn’t need much to move to the front. I think in the races to come he will be better. He is progressing. Maxime also did his job by replacing Connor for the final sprint”.