Emmanuel Hubert: "We haven't given up” 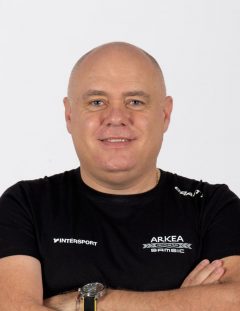 “Crashes are part of our sport, and this year unfortunately the Arkea-Samsic team was hit hard by these race events. Clément Russo, Dan Mc Lay, Warren Barguil and Nacer Bouhanni were forced to leave the race due to injuries caused by crashes. Anthony Delaplace was forced to retire from the race after a very tough day in Tignes due to the cold and the rain. The objective of the Arkea-Samsic team was to win a stage and we came close to this goal three times. These results give us even more desire and the conviction that this possibility can be reached in the future. We will continue to work towards this goal. The spirit, the will to reach the goal was always there, Nairo took the best climber jersey and wore it for five days. This is what I want to remember, because even with three riders the Arkea-Samsic team kept going forward. Connor, Elie and Nairo never gave up. On the contrary, they continued to go forward, maintaining the momentum at the beginning of the Tour. That was the right attitude to have. They didn’t give up.

3 podiums on the stages

6 top 10 finishes on the stages of the Tour, including two with 3 riders in the race

5 days with the polka dot jersey.