Lukasz Owsian, best climber of the Tour of Poland

Lukasz Owsian won the best climber classification of the Tour de Pologne with his national team. 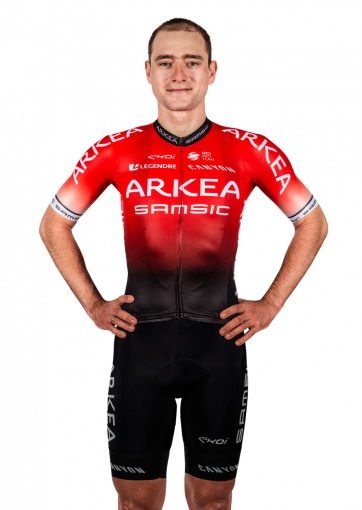 “I came to the Tour of Poland as a direct result of the Vuelta de Burgos that I raced with the Arkéa-Samsic team. I only had one day of rest and the next day the race started. I rode the Tour of Poland with the national team. On the first day I stayed calm because I knew that on the next two stages I had to take part in the breakaways, because my objective on this World-Tour event was to win the mountain classification, but also to play my luck, if possible, on the stages. On my first breakaway I took all the mountain points, but I knew it wouldn’t be enough, so in order to win, I went back in the breakaway a second time and I was able to win this jersey. It was very hard to get such a result and to go in the breakaway because it was a lot of fight to take the shots. I was careful until the end of the race because I already wore this jersey, but I lost it in the past because of mechanical problems on the last stage. I am very proud of this success for me, the Polish team but also for the Arkéa-Samsic team that trusted me to ride this race with my national federation”.