Nairo Quintana has extended his contract with Arkéa-Samsic. The reasons for his choice, the words of Emmanuel Hubert, General Team Manager, talks about this shared journey that will last for several more seasons.

“Since 2020, Nairo Quintana has found within the Arkéa-Samsic team an environment in which he flourishes. Along with Nacer Bouhanni and Warren Barguil, he has been one of the driving forces behind our team’s progress over the past three seasons. The team is now knocking on the door of the UCI WorldTour. The extension of Nairo’s contract is the result of this common desire to continue to develop our team. He’s a world-class climber, he had an exemplary 2022 season in all respects, both in the one-week events of the UCI WorldTour calendar and in the Tour de France, where he battled with the best riders in the peloton in the mountain stages. This is a scenario that we hope will be repeated on the roads of the Vuelta Ciclista a España.
A demanding leader, Nairo is also a man with strong human values. He is simply the image of our team. He is a leader capable of transmitting, which allows the whole group to reach new levels. This was notably the case on the roads of the 2022 Tour, which he finished in 6th place. A man of such quality is a strong asset within a team, especially for the youngest riders. In fact, when they come into contact with him, they can see the commitment they have to make in order to perform at the highest level.” 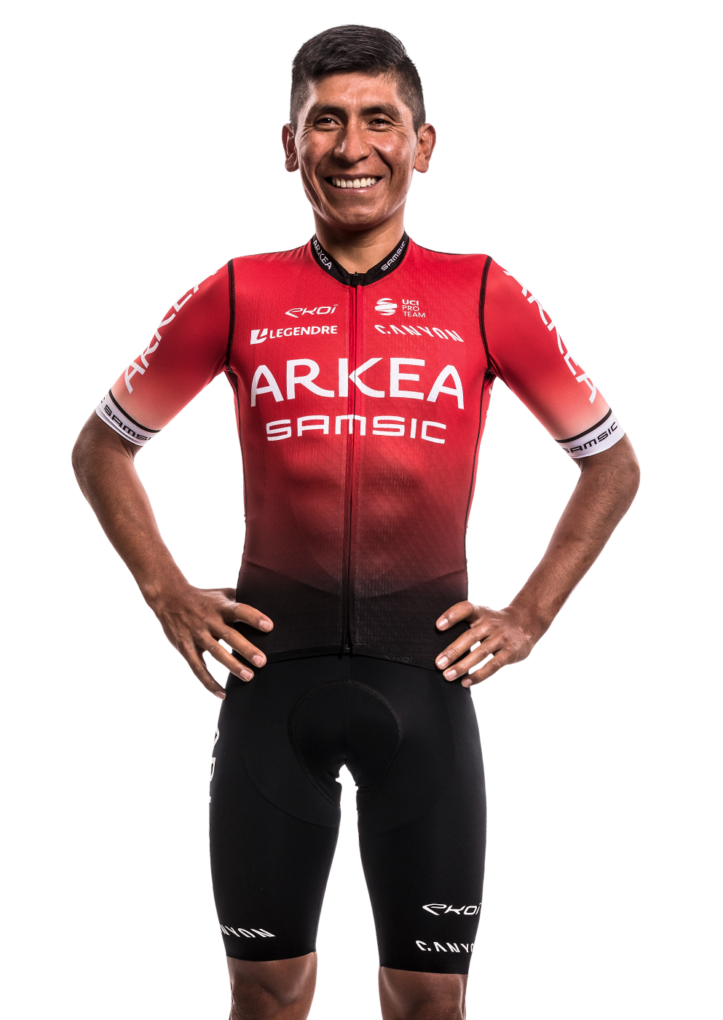 “I consider the Team Arkéa-Samsic to be a family in which I feel at home. I really appreciate Emmanuel Hubert, the General Manger. He reached out to me at the end of 2019. And I haven’t forgotten him. The team has grown since I joined, and it continues to do so. We started to get good results together in 2020, and that continued last year. This great momentum has continued again this year. In 2022, we have performed well. The overall level of the Team Arkéa-Samsic has continued to evolve. The team continues to grow. I very quickly became convinced that I still had some great sporting challenges to take up under the Arkéa-Samsic jersey and that our beautiful common history initiated since 2020 could only continue”.