Here is the early season programme of neo-pros Ewen Costiou and Mathis Le Berre, as well as Louis Barre, who joined our squad last summer. 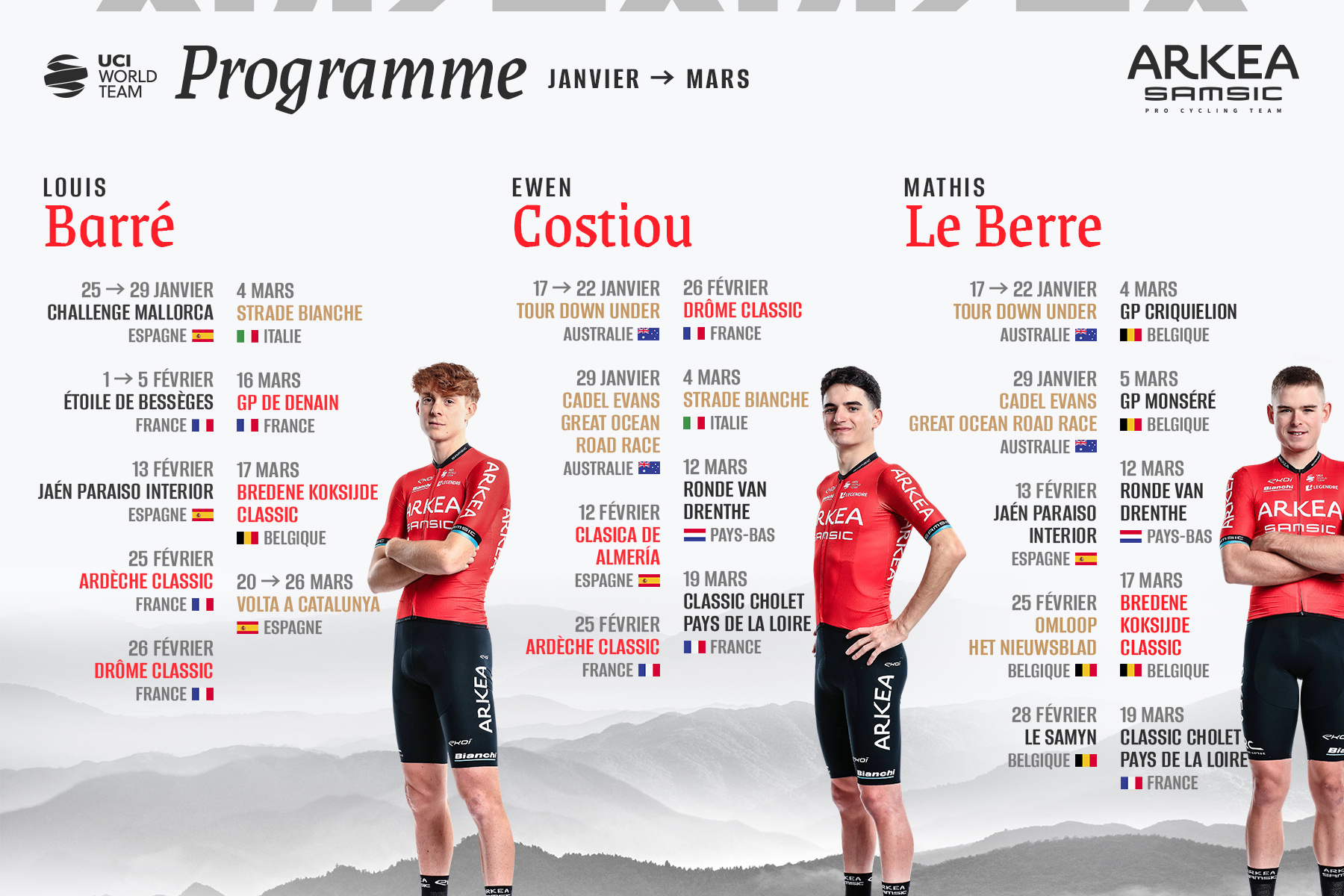 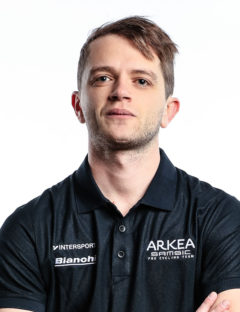 “Ewen’s early season programme will be a mix of UCI WorldTour races and events of a slightly lower level,” says Théo Ouvrard. “This will allow him to quickly get a feel for the very high level of the professionals, while also having the possibility of expressing himself in races on the French, Spanish and Belgian calendars, by being able to seize his chance if necessary. These events will be discoveries for him, and the means for us to see the races in which his qualities can be best exploited in the future”.

“Mathis’ programme is in the same spirit as Ewen’s. We are offering him races on the UCI calendar. We are offering him races on the UCI WorldTour calendar so that he can learn and discover the high level, with the Santos Tour Down Under on his programme. At the beginning of the 2023 season, he also has a calendar of competitions on which he can express himself. We know that Mathis rubs well, that he has a good tactical sense and that he is generous in his efforts. We will therefore line him up in Belgium in events that are disputed and difficult, and which are run on terrain that will allow him to put his best foot forward.”

“Louis Barré will discover a week-long UCI WorldTour race with the Volta a Catalunya in his second season as a professional. This will be a sort of transition point for him before considering a Grand Tour: why not this season or next year? Louis Barré will also ride in some good one-day races, the type of competitions in which he revealed himself at the end of last season. We also want to measure his abilities in stage races to determine his overall physical capabilities. We also hope that Louis will start to score this year. If this goal is achieved, then in 2024 we could consider a “slightly more protected rider” calendar for him.”