Connor Swift had great legs today but a puncture with 20km to go put the brakes on his quest for performance. 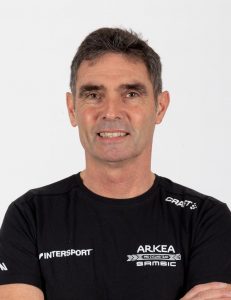 “Connor was really strong today, he came back with a group on the counter and joined the move initiated by the outnumbered Inéos-Grenadier at the end of a cobbled sector. He then comes back with Kwiatowski and two other riders, but unfortunately he crashes with 20 km to go. He managed to get back into the peloton after he was helped out, which proves his excellent condition, because at that moment, the race was very fast.

The race finally ended in a bunch sprint, as we didn’t have Connor in front anymore, the guys rode to catch the three breakaways still in front and who were caught on the line. They dropped Bram with 500 meters to go, but a group came back from the back, on a downhill finish like that, it was a bit too early to drop our sprinter”.