Great performance of the Belgian rider on this event, our riders who have been washed out all day by the incessant rain finish within the peloton. 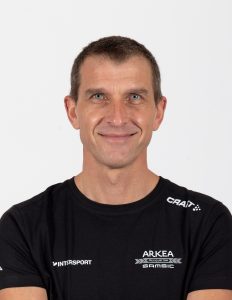 “Remco Evenepoel’s performance is to be praised because it has been a long time since I have seen a rider perform like that as a team manager. He was almost alone during the whole race, in the pouring rain, at an average speed of more than forty-six and finished more than ten minutes ahead of the peloton! Hats off to them. Our riders have tried to be in the lead at the beginning of the race, as they were asked to do by Donavan, Romain and Kévin. They were well represented, well in front of Evenepoel, who decided otherwise, as soon as he entered the circuit, he attacked and took thirty riders with him. The peloton reacted immediately, but Evenepoel put one more in and the race was over. I don’t have much more to say… The weather was terrible, and when the weather is like this, only the riders in very good condition can make it, and the selection happens even faster”.