By finishing 2nd of the Grand Samyn, Hugo Hofstetter signs the 21st podium of the Arkéa-Samsic team. 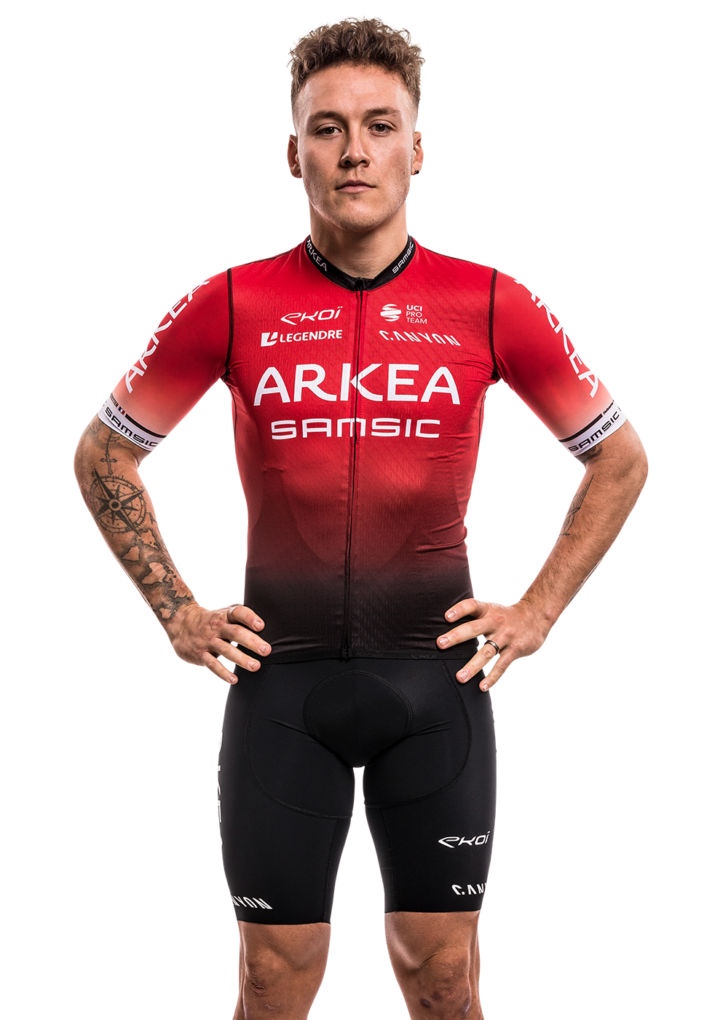 “I made a lot of effort in this race and in the end, the two who did the most were 1st and 2nd. In the sprint, I got a little bit locked in at 100 metres. I had to stop for a while, then I went back up very fast, but it wasn’t enough to win. I lost the first place at that moment. I had to stop pedalling, I lost a few centimetres at the time, and when I can launch, I manage to come back up really hard but it’s not enough. I don’t know if I was stronger than Mattéo Trentin because he also made a lot of effort and he tried to be clever too. It’s always difficult to say that I would have won without the fact that I was locked in. Today it’s Mattéo who wins, I finished second. He was the strongest. That’s it. In any case, I am satisfied with my race. I made a lot of efforts, I was at the front. I was on the offensive, and that is what I am most satisfied with today in this Samyn Grand Prix”.

“A good performance from the team with Hugo 2nd, Amaury 13th. Afterwards, of course, when you finish 2nd, you’re always a bit disappointed. We always race to win. That’s our driving force. Hugo did a very good race, the sprint was very close. It was a very close race. Trentin is also a very good rider, but he would have liked to win. A sprint with 8 riders is always a bit complicated because everyone was watching Trentin and Hugo, and it’s never easy. But Hugo is doing a promising race on this Samyn 2022 for the next events in Belgium and in the Northern races”.