A decade of presence in the Tour de France for Arkéa-Samsic! The team will be celebrating this anniversary in Bilbao this year. 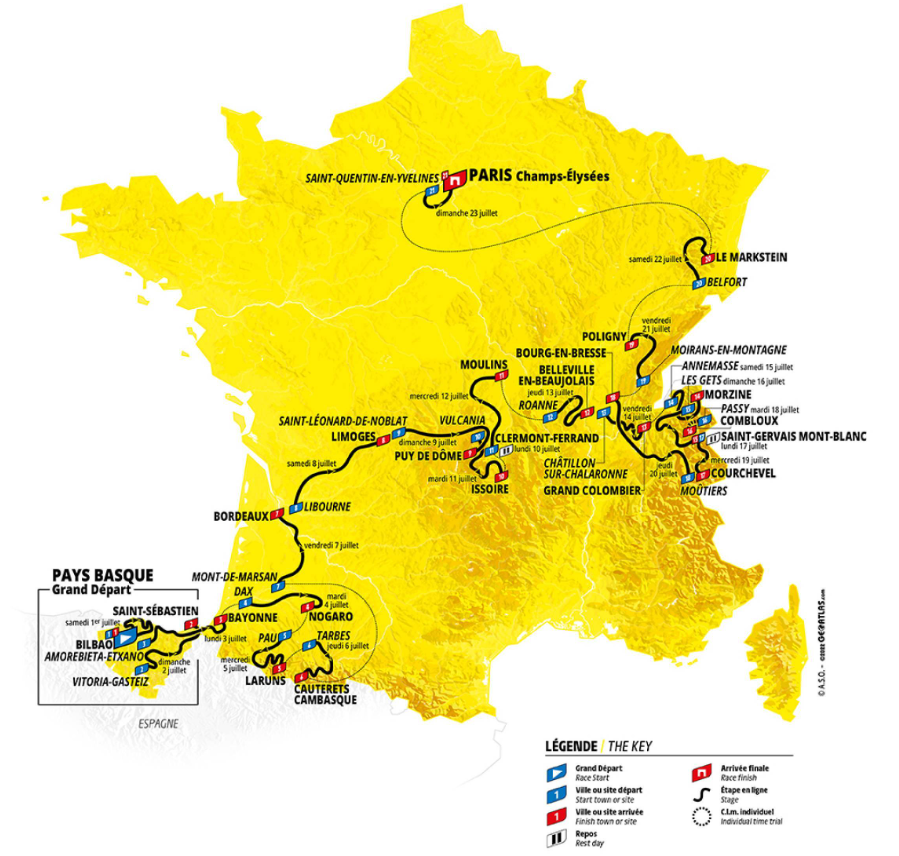 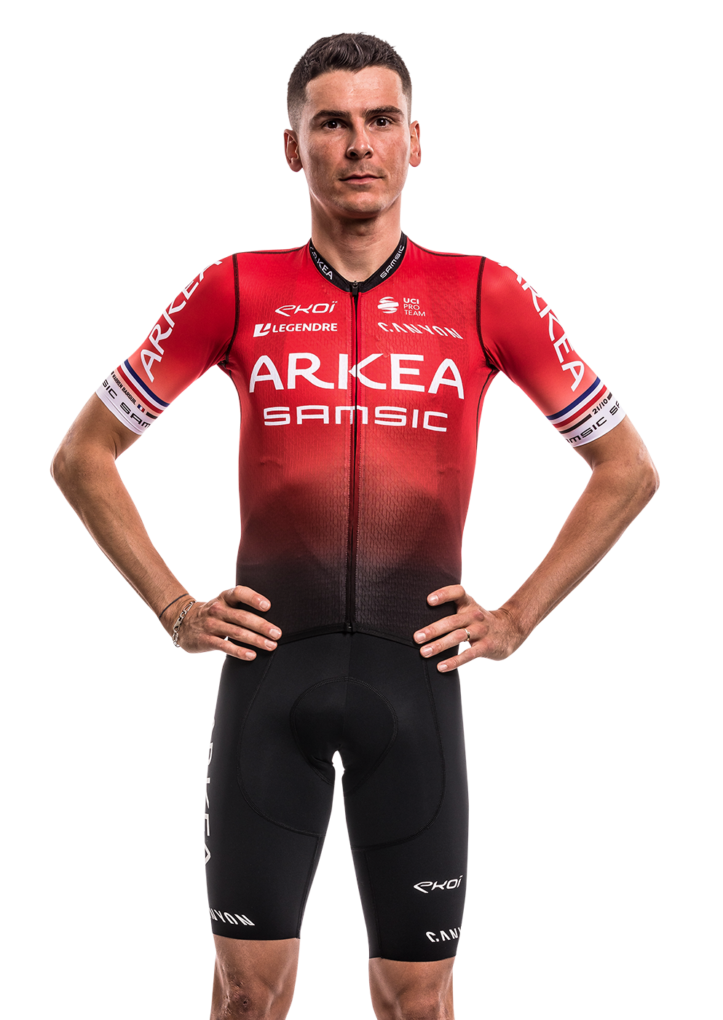 “What a beautiful course! This Tour de France is difficult from the very first stages in the Basque Country, a region that is very keen on cycling. In 2022, we had a lot of enthusiasm in Denmark, but in 2023, on the roads of the Basque Country, it will be the same or even more so, because the public there is not only passionate, but also knowledgeable about cycling. The Basques love our sport and know all the riders in the peloton. I was able to measure this during the editions of the Tour of the Basque Country in which I participated. It’s a pity that the Tour is not coming to Brittany this summer, even though we have been spoilt for choice in 2021, with five days in our region. I think that in general, this Tour will be a good opportunity for the attacking riders to chase stage wins. The route is interesting in that respect. I like this route and I hope to finally have luck on my side next summer. I had a good start this year, but unfortunately I was stopped in my momentum. I really hope that everything will go well for me in 2023.” 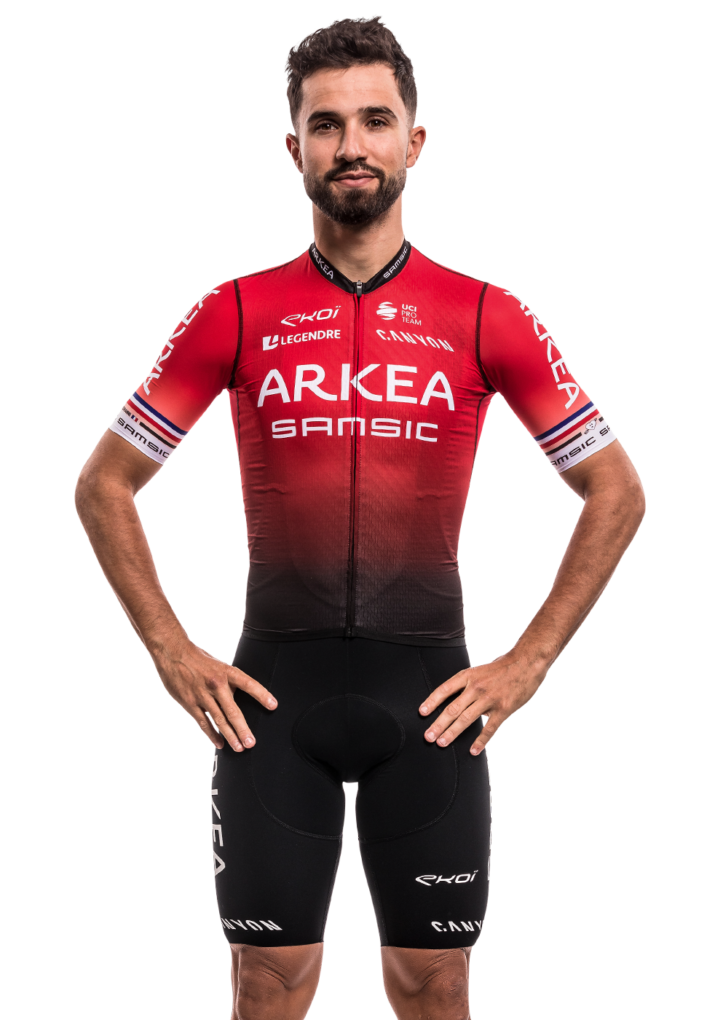 “I think there are about five or six stages that are suitable for sprinters. The rest of the opportunities are a lot of hilly stages where you have to get through difficulties to be able to sprint. I spent three and a half months without being able to ride a bike, I hope to be at the start of this Tour de France 2023. At the end of the season, I managed to train for next year to get back to my best level. Winning the Tour de France is my career objective but before that I think I will be back to the level I am at.” 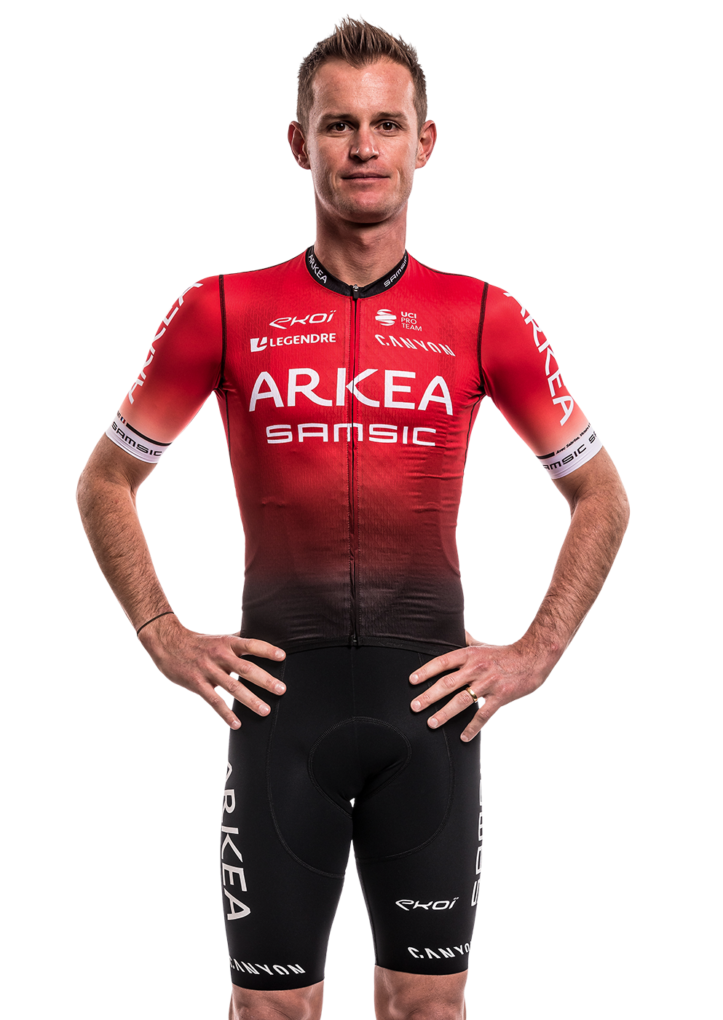 “This Tour has a fairly new route. The start in Bilbao is different from the other Grand Departures, because this region has cycling very high in its heart. The stages will be hilly and therefore the players for the general classification will undoubtedly be concerned. The final stage of the 2023 Tour with the Markstein will also be a discovery for many riders. There is only one time trial, which will be tough, the return of the Puy de Dôme, whose reputation is well established, since this pass has established the legend of the Tour in the past, and it could contribute to it again. The passage in the Jura and the Alps will be tough with 7 stages in these massifs, including the Grand Colombier on July 14th, a pass that I know perfectly well. I have been a professional for fifteen years, and some of the towns and places that the Tour will visit are new to me. The same goes for Saint-Léonard-de-Noblat, this name is linked to that of Raymond Poulidor, but be careful there too, the roads in the Limousin are tiring, they are never completely flat. The beginning and the end of the Tour will bring their share of novelty and will require extensive reconnaissance because these are places that we are not used to visiting in July.” 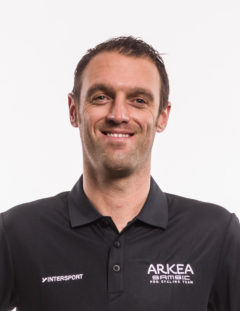 “This 2023 Tour promises to be difficult from the start, but especially in the third week in the Jura and the Alps, with a finish at the Grand Colombier, the Col de la Loze, plus a time trial between Passy and Combloux, the only time trial of this Tour de France, which is scheduled during the 16th stage. The start in the Basque Country is also condensed, because this region of Spain is anything but flat. A big start there means a quick finish in the Pyrenees, and a mountain stage on the 5th day of the race. There will also be new finishes in this 2023 edition of the Tour de France with the return of the mythical Puy-de-Dôme, and the Markstein stage the day before the finish in Paris. I think this Tour should be a climber-puncher. A rider who will also be able to attack, because the terrain is suitable for that. The sprinters will have had the opportunity to express themselves when we return to France at the end of the first week. They will have between four and five stages in total, plus the one on the Champs-Élysées. But beware of the fact that the race can be decanted quickly with the Basque Country and the Pyrenees very close together, which can favour the plans of the sprinters on the stages that are favourable on paper for the sprinters.” 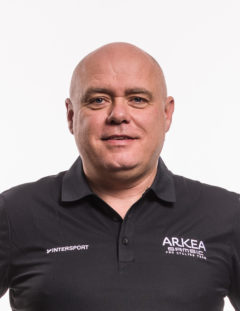 “10 years! On 1 July 2023, the Arkéa-Samsic team will be competing in the Tour de France for a decade. A beautiful anniversary marking a form of continuity. We’ve come a long way since 2014 and our entry into the big league.  At the time, we were labelled as a “little kid”, but we have worked hard to improve our results, notably with Warren Barguil, who is 10th in the general classification in 2019. The Tour is generally the “marker” of a season for the general public, and our intentions are always high at the start of the Grande Boucle, with this declared quest each season: a stage win, at least. This will be our objective again in 2023, and what better way to celebrate this beautiful anniversary than by achieving such a performance this summer, on a route that promises to be innovative at times, and above all difficult at the start with the Basque Country, a region where the riders will be welcomed like kings. Then, the Pyrenees will come very quickly, followed by an intermediate massif marked by the reunion with the Puy de Dôme, a giant of Auvergne that transpires the history of the Tour, and a tribute to Raymond Poulidor in Saint-Léonard-de-Noblat. The Alps will also be tough, before visiting another intermediate massif, the Vosges, with a stage finish at Le Markstein, a pass used by the Tour Femmes in its very first edition, in 2022. The last symbol of this attractive Tour is the final start in front of the Vélodrome de Saint Quentin en Yvelines, which will host the track events of the Paris 2024 Olympic Games. Like a relay.”